A Taste of the Kabal

YOU DESIRE TO JOIN THE KABAL? Shhhhh! Keep your voice down! The OTHERs have spies everywhere! I’ll start again: Do you seek unimaginable POWER!? Will you bask in the GLORY of the great alchemist KAZAKUS? Then you may have come to the right place. Were you followed? No?

The Elixir
First, here’s a small taste of what awaits you when you get “mixed” up with the Kabal! 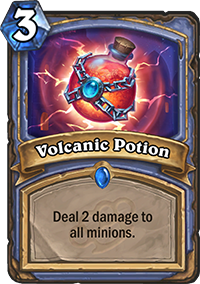 DON’T DRINK IT! I was speaking metaphorically! If you’re thirsty, have a Kaza-kola instead. Kazakus brews it himself, and we all drink it. It’s cold, delicious, and refreshing! Ooh! That reminds me! I wonder how I can better serve his every whim?

At least you’ve proven that you have the fearlessness and experimental spirit needed to be a credit to the Kabal. Under Kazakus’ tutelage we have learned to concoct all manner of potions. Under his guidance we are Gadgetzan’s master mixologists, brewing potions of power so POTENT they petrify our puny opponents. So overwhelming they overpower the opposition! So EXPLOSIVE they—what was I talking about? IT DOESN’T MATTER! 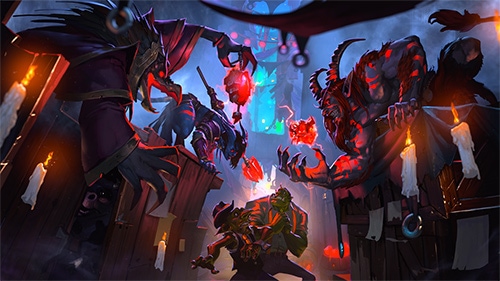 The Kabal
We of the Kabal embrace those unwelcome elsewhere. We are outcast Priests, Mages, and Warlocks whose methods are too EXTREME for our colleagues. All that hand-wringing over silly things like mutations, toxicity, and side effects. Those cowards lack vision! We are at our STRONGEST when our decks only have a SINGLE COPY of each card! We of the Kabal embrace power NO MATTER THE PRICE!

Alchemy is great fun, but it isn’t cheap, so we’ve entrenched ourselves in the docks, and we control the Gadgetzan Mega Market. It’s no secret volcano fortress, but it does make it easy for us to traffic in the ingredients we require for our more exotic brews, and for our couriers to distribute our wares to thirsty buyers throughout the city. Only the weaker brews of course. We save the best for ourselves.

Once you come to the inevitable conclusion that the only path toward true mastery lies with US—here, have some more ice-cold Kaza-kola—you’ll need to dress the part. I think red or purple robes can be quite fetching. Some of us pay a visit to Inkmaster Solia to receive one of her glorious glowing crimson tattoos. A tattoo from her not only marks your dedication to the Kabal, but can serve as a handy nightlight or massive reservoir of power in a pinch.

The Master
Little is known about our esteemed leader, the master alchemist Kazakus. WHO CARES? What matters is his vast knowledge of alchemy and the arcane, and the delicious power he offers binds us to him. . . TOGETHER! It binds us together, yes. Some claim that a back alley potion brewer couldn’t possibly have such knowledge, and some are foolish enough to spread rumors that he’s secretly a dragon, demon, or some other powerful entity in disguise.
LIES! SLANDER! DEFAMATION!
MAYBE IT’S ALL TRUE!
NO ONE KNOWS!
WHAT?

The Others
You have already heard from those brutish miscreants, the Grimy Goons. There is little doubt that agents of the Jade Lotus will soon leave some irritatingly cryptic note on your pillow or some such nonsense. Neither can offer what the Kabal can offer. REAL power. In a bottle! 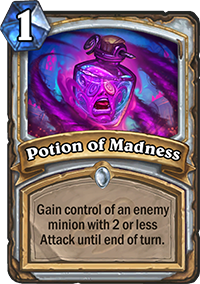 BEHOLD! Here you can see all the new Mean Streets of Gadgetzan cards as they’re revealed. Study them well, as the Kabal knows that knowledge is POWER.