Get Ready to Rumble in Oktoberbrawl!

Drain your tankard, choose a side, and get ready to rumble in OKTOBERBRAWL!

The Hearthstone tavern is rough and tumble at the best of times, but during Oktoberbrawl the rivalries get really rowdy, and the whole tavern descends into a fantastic fracas! This is your chance to leap into the fray and help decide who comes out on top!

What is Oktoberbrawl? It’s a special event featuring two teams of Hearthstone luminaries facing off in weekly grudge matches. What makes it special is that each Oktoberbrawler is limited to a fresh account – but YOU can help battle for packs that your team can use to improve their decks! As Oktoberbrawl goes on each team will build better decks and battle for glory, culminating in show match finals at TwitchCon!

Choose a card back, dive into Oktoberbrawl, and support your team!

EVERYONE, GET IN HERE!

Joining the Oktoberbrawl is a snap! From September 11th to October 10th, Twitch Prime members can redeem two new Hearthstone card backs from Prime Loot: Call of the Void and Call of the Light! 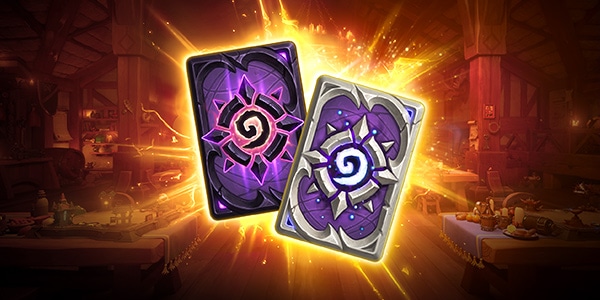 These card backs don’t just look awesome, they have an important role to play! Each card back corresponds with one of the teams in Oktoberbrawl. Every time you win a game in Standard Ranked, Wild Ranked, and Arena while using one, you'll strike a blow for your team by helping them get a chance to open more card packs for the week.

These card packs will be a precious resource that both teams will be vying to get, and your results will determine how they’re divvied up between each team! After the event begins, we’ll post a blog that we’ll update each day to show you how your efforts are contributing to your team.

Now that you know how it works, it’s time to pick a team! Each Oktoberbrawl team is composed of three players, assembled from well-known personalities in the Hearthstone scene. Check out the rosters, decide where your loyalties lie, and then use the card back that corresponds with your chosen team! 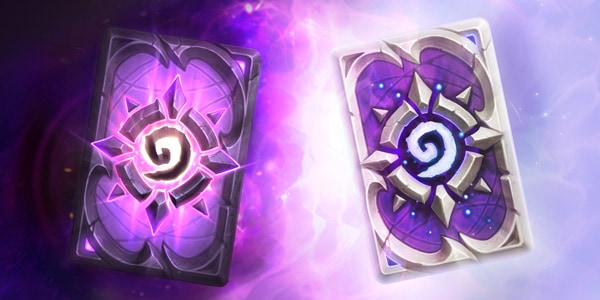 You won’t just battle on behalf of your team, you'll get to watch the results of your efforts in action as Oktoberbrawl battles are streamed on the official Hearthstone twitch channel. Each team member will also stream their efforts to bolster their Oktoberbrawl decks (Remember: the only time they can play Oktoberbrawl decks is during a live stream!).

Watch as your favorite player opens packs on stream and strives to build the strongest deck possible, leading up to a Friday grudge match each week! The winning team of each grudge match gets to choose a penalty that will be applied to the opposing team during the finals at TwitchCon!

Each week will also be themed according to the Hearthstone expansion cards each team gains access to.

WILD WEEK – September 11-15
Weekly Packs: 10 packs each of Goblins vs Gnomes and The Grand Tournament

KRAKEN WEEK – September 18-22
Weekly Packs: 10 packs each of Whispers of the Old Gods and Mean Streets of Gadgetzan

MAMMOTH WEEK – September 25-29
Weekly Packs: 10 packs each of Journey to Un’Goro and Knights of the Frozen Throne

Each player on each Oktoberbrawl team will receive a fresh account, 10 Classic packs, and a Welcome Bundle. During the Oktoberbrawl period, on Monday of each week, each player will receive 10 packs each from two different expansions. Then on Wednesday of each week, each team member will receive a portion of a second pack award based on a percentage of total wins earned in Ranked Play by players using their team’s card back. Play for each week will culminate in a grudge match on the official Hearthstone twitch channel.

Oktoberbrawl accounts may only be played while streaming on Twitch. Oktoberbrawl team members may earn gold through quests and playing constructed games, and spend it to purchase Classic packs, but may not purchase packs in any other way. A free Arena ticket can be used, but Arena runs cannot be purchased otherwise. Players may not disenchant cards, and may only complete the 80g “play a friend” quest with one of their teammates.

Remember, every pack you earn for your team counts!

So what are you waiting for? Oktoberbrawl is waiting! Link your account and leap into the fray!