Once a goblin or gnome has finished creating their crazy inventions, what do they do with all of the leftover parts? That’s a trick question – to goblins and gnomes, there’s no such thing as leftover parts! When one of their inventions clash on the field of battle, there’s bound to be a screw that comes loose, a rusted over whirling blade that falls off, or a crumpled up reversing switch left on the battlefield when the smoke clears. These spare parts left over from Mechs are just the thing a clever goblin or gnome needs to improve on their next wacky invention. 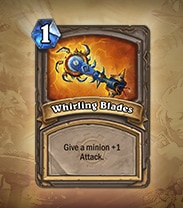 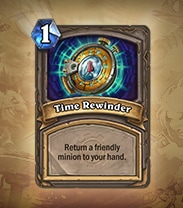 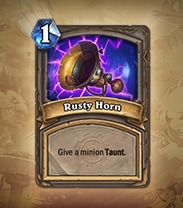 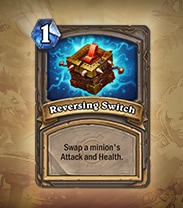 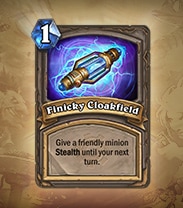 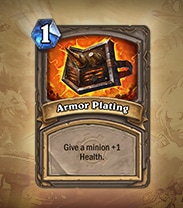 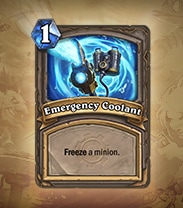 In Goblins vs Gnomes, these spare parts come in the form of one-mana spells that you can use in a wide variety of situations. What’s better than a Chillwind Yeti? A Chillwind Yeti wielding Whirling Blades! Your Spider Tank not tanky enough? Give him a Rusty Horn upgrade and he’ll tank that incoming damage with Taunt. There’s seven different crazy spare parts that you can use, each gained from goblins or gnomes that bring some spare parts into battle with them, or from the destruction of a once-useful mech. 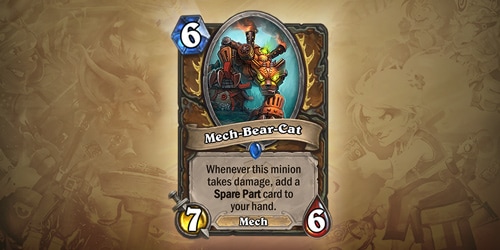 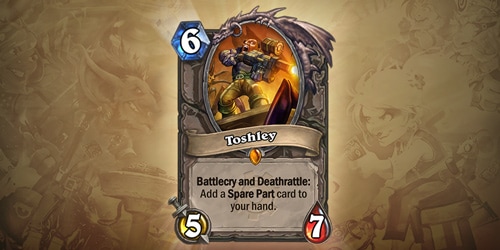 Keep an eye out for cards that use or create spare parts – since spare parts count as spells and can be used on any minion, not just mechs, they’re more versatile than you may think!