The Molten Core is the seething, magma-filled heart of Blackrock Mountain, where long ago—in what is now widely considered to be a bad move—the Dark Iron dwarf Thaurissan summoned Ragnaros the Firelord into Azeroth. Ragnaros promptly incinerated Thaurissan’s kingdom and enslaved his people, which also had the convenient (if you’re a Firelord) side effect of creating the cozy (if you’re a fire elemental) volcano known as Blackrock Mountain. Now the searing volcanic caverns of Molten Core are patrolled by elemental minions eager to turn up the heat on any heroes foolish enough to invade the Firelord’s domain. 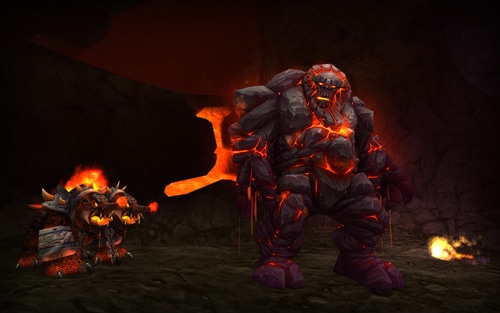 In Blackrock Mountain: A Hearthstone Adventure, heroes can challenge some of Molten Core’s most notorious elemental malcontents and recruit elemental minions into service for their own collections. Elementals are powerful beings closely linked to the power of the elemental plane they hail from, and when one of these beings is on your Hearthstone board, they’re sure to have a potent effect.

Friendly Fire
A Flamewaker is an ambitious sort of fire elemental. In addition to being helpful when you need to rouse a sleepy fire, Flamewakers tend to be tougher and smarter than their fellow elementals, and often possess some skill in the arcane arts. Fire is their weapon of choice, and you can count on turning their scouring flames to your service should you win a Flamewaker’s loyalty. 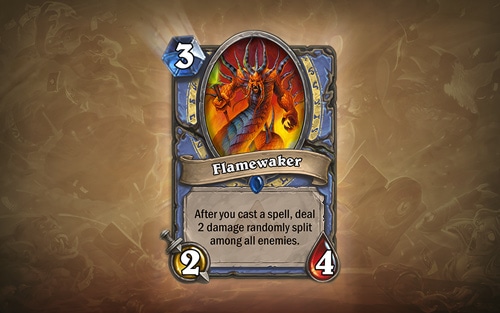 It turns out that elemental lords are fond of keeping pets. Unfortunately, when a magma giant thinks “cuddly,” he checks off a list that includes things like “giant,” “two-headed,” “fang-mawed,” and “made of living magma.” The only beings dwelling in the elemental plane of fire who match that description are the terrifying core hounds. While keeping one of these critters probably makes apartment hunting a chore, there’s no better four-legged friend to have when your back is up against the wall. 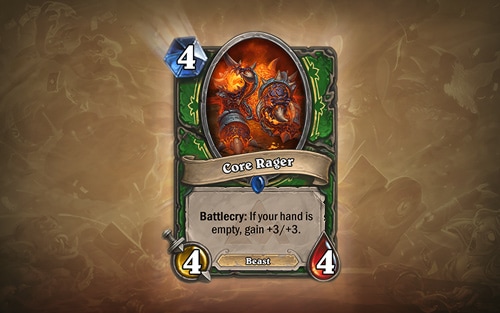 Imps are like roaches. If you see one, there are definitely more nearby, and they’re probably doing things like letting the air out of your tires, changing your computer’s background to something embarrassing, or ’plosioning. It’s even worse when they’re in a gang . . . or SUPER GREAT if they’re on your side. 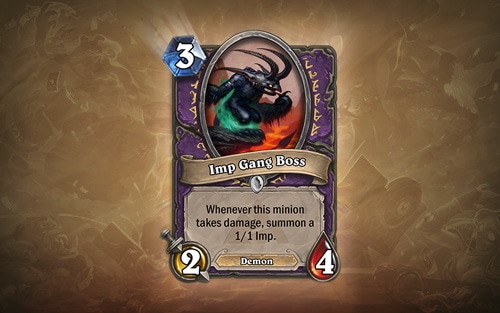 If you think you can take the heat, rich rewards await you in the Molten Core when Blackrock Mountain: A Hearthstone Adventure arrives!