>>Dr_Boom.exe: Mechs, report to each of the main laboratories in Boom Labs and get a progress update from each of the head Scientists.

>>Get in there and scare ‘em a little. Put the fear of BOOM into ‘em! Let ‘em know that DR. BOOM IS ALWAYS WATCHING.

>>That way I can kick back and, y’know, not have to watch ‘em so much. 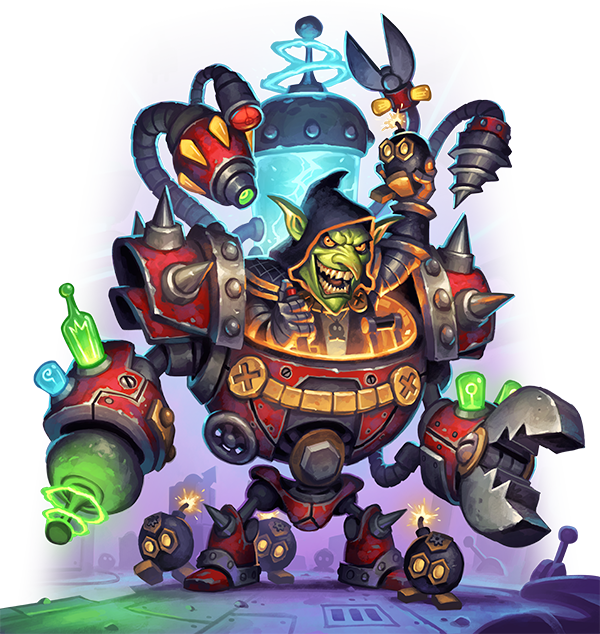 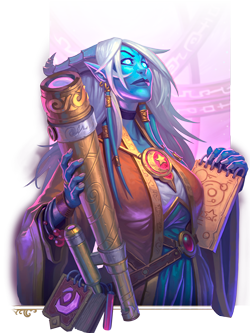 What are you doing in my observatory? I didn’t requisition any microbots. Tell that fool Boom that I don’t need more idiot Mechs—I need assistants who can think for themselves!

Ah, another Boomsday Project update? Very well. Strike the preceding from the transcript.

My people, the Draenei, have always had a special kinship with the stars. They navigated through them, traveled among them . . . but their vision was always too narrow. Always intent on petty things like the Light, finding a new planet to inhabit, the survival of our species—rather than opening their eyes to the wonders that they could reach for and almost touch!

Come! Look! My grand observatory, so generously provided by Dr. Boom and Boom Labs, lies at the highest point in Netherstorm. Here we are ideally—uniquely—situated to study the mysteries of the universe. My work here involves much, much more than squinting through a telescope, as that multiplying moron Zerek claims.

If only you knew what lay beyond! In those vast reaches, the solution to every puzzle can be found. The patterns of the stars encompass all the mysteries of time and space. A study of celestial alignments reveals hints of cosmic horrors patiently hastening the inevitable heat death of the universe. Ah, it’s heavenly!

Not all have the vision to appreciate it, sadly. My colleagues are consumed with paltry, material things. Resources. Power. Food. Sleep. Distractions! Why waste precious time on such things when the vast riddle of the heavens is written above, waiting to be unraveled? And controlled!

Proof? Come closer, my little loose-screwed skeptic. Behold the tools of creation! An entire simulated galaxy: its energies tamed, its harmonies harnessed, and small enough to slip into a pocket. Is THAT good enough for Boom’s little project? 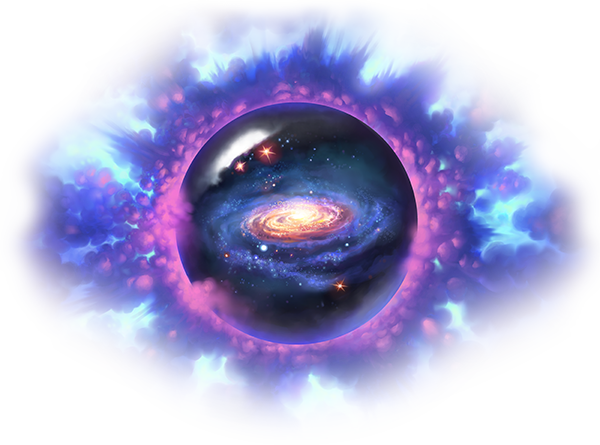 No, you insolent instrument. It’s not finished. There are still some irritating dimensional quirks to be resolved. But . . . if Boom can divert some funding, recruit more interns, and send over a few of your metal friends to help round up the strange creatures that keep appearing in my laboratory, I’m sure we’ll finish in time for whatever it is he’s planning.

Ah, hello my little friend. Come in, come in! Welcome to my greenhouse! You mustn’t tarry long though, ha ha. I doubt that the humidity will agree with your delicate innards. I don’t suppose you brought another MLCH-MNCHR unit with you? 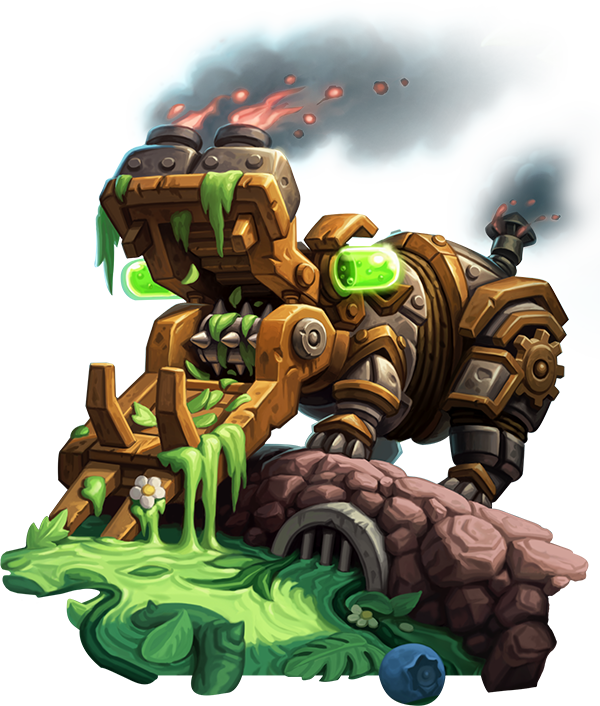 Ah, too bad. I expect Boom wants another progress report, then? 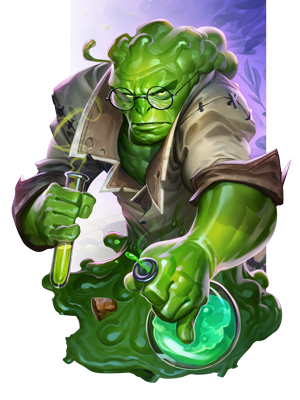 Floopulous! As you can see, it’s a jungle in here. In fact, this is the fourth time we’ve had to move to a larger facility to accommodate the growth of my experiments. The glorious greenery that surrounds you is just the beginning! Soon we’ll be growing super-sized versions of all sorts of vegetation. Hunger will be a thing of the past—not to mention the possibilities involved with the creation of entirely new, never-before-seen plant species!

That research has already borne fruit, if you’ll pardon the pun. I’m working on something I call a psychmelon. Not only will you think it’s delicious, it helps you use your melon! Ha!

The seeds of all sorts of ideas are germinating in my lab. The secret is my glorious gloop! Yes, gloop makes it all possible. Allow me to demonstrate with the help of Intern Kevin here. Alright, Kevin, if you’ll just fetch that vat of gloop for me. . .

Great gloopily floopily, Kevin, be careful not to trip over those roots—you’ll get precious gloop everywhere!

Why, Kevin! You’ve been glooped! Quickly, if you just rinse off in the emergency show—ah, nope. It’s too late. He’s dissolved. I’m so terribly, terribly sorry. What an unfortunate incident! Poor Kevin. If only he was an advanced, ooze-based lifeform like myself, he might have avoided the gloop’s effects. We’d all be so much safer if we were all ooze-based. . . . Hm. 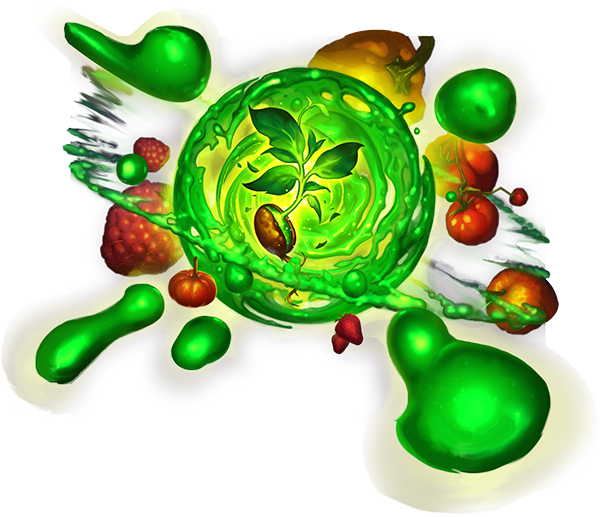 But look! My glorious gloop is glowing! Fascinating! In addition to its incredible properties as an ultra-fertilizer, I hypothesize that the gloop stores the potential energy of the matter it dissolves. A most curious side-effect, but doubtless of no interest to Dr. Boom. We’re here to solve real problems, after all.

Ah, speaking of which, you’ll prune that bit involving poor Kevin from the final recording, won’t you? And would you please let Dr. Boom know that there’s an opening for a new assistant in my lab? 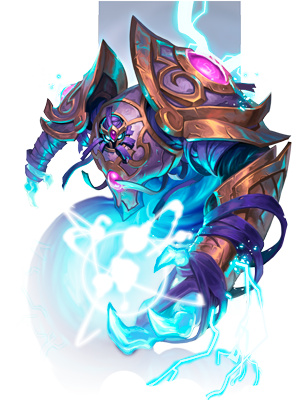 Oh, hello. I mist seeing you there. Sometimes I don’t know how to conduct myself! Ha!

Another progress report? Don’t pressure me, mech. I have important work to do. Boom should be satisfied that I’m providing power to this entire facility! This microbot-management is really raining on my parade.

Ohm, fine. No more resistance. As head meteorologist at Boom Labs, I’m proud to report that the Netherstorm is still there, filling the entire sky, and cascading countless bolts of delicious nether lightning at everything in sight. But I wasn’t sure how to channel all that lightning into a usable energy source. Then it STRUCK ME! Get it? STRUCK!?

I’ve trained these smaller elementals to guide the bolts into the nether coil collectors where I condense the raw energy and process it. Now we can collect the vast energy of the Netherstorm here, in my weather station slash power plant slash sweet bachelorette pad slash laboratory at the highest point of Boom Labs! 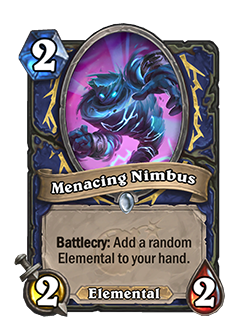 The Netherstorm isn’t just a power source. Nether radiation has some pretty interesting side-effects too. It significantly amplifies arcane outputs, and, at high enough levels of exposure, can even over-charge normal creatures. Permanently! Well, it would if they survived the initial blast, but I’m working on that! I’m thinking EVEN MORE POWER should do the trick. Let me demonstrate!

This Nether Conductor Core is a direct conduit to the raging power of the NETHERSTORM! Want a taste?

No? Don't mind if I do. Mmm. Spicy! Effervescent. Notes of burning tin foil and ozone. Oh, THAT WAS GOOD! YEAH! AGAIN? 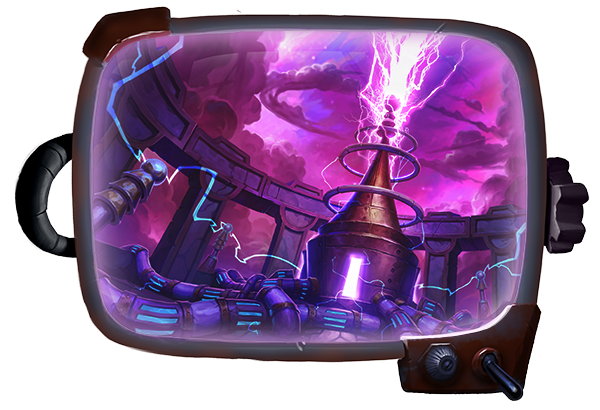