We’ve heard a lot of feedback about the long climb in Ranked play, so starting with the February Ranked Play season, we’re introducing a quality of life change by reducing the number of Stars required to advance in many of the Ranks!

Currently, every Rank has five Stars. When the February Ranked Play Season starts, each Rank will have the following number of Stars instead:

This will make your Ranked Play climb faster in the lower ranks, while preserving the more competitive Star values for the higher Ranks. 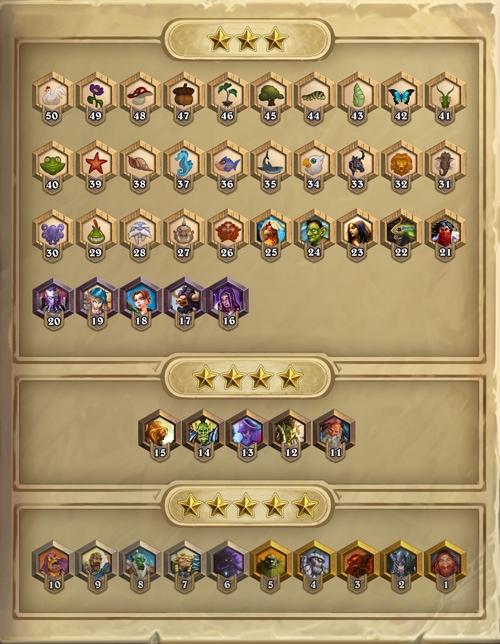 When the February Ranked Play Season begins, you will still be reset four Ranks lower than the highest Rank you achieved in the previous season, but “excess” Stars will be shed to align with the new value for the Rank you are moving to. For example, if your highest Rank in January was Rank 10 with five Stars, then when the February Season begins, you will be set to Rank 14 with four Stars. The “fifth” Star is no longer there, but you would still be at the highest value for the Rank you were moved to.

We look forward to hearing what you think! Let us know in the comments, as well as on Twitter, and Facebook.