Do you feel that? A chill swirls across the frozen wastes, glints of sunlight reflecting off the ice crystals carried by rising winds. But these winds carry more than frost…there’s an ill portent in Northrend as Dalaran soars in the skies and the final phase of an evil master plan is set into motion. In Dragonblight, the bones of an ancient power stir, and good and evil prepare for a clash that will save the world…or one that could bring about its utter destruction. And it all hinges on one name: Galakrond.

Galakrond’s Awakening is the final solo adventure in the Year of the Dragon and will conclude the saga that began with The Dalaran Heist. When we last left our heroes and villains, the Tombs of Terror had been unsealed, spreading plagues across the sands of Uldum. The League of Explorers defeated the Plague Lords, but Arch-Villain Rafaam escaped with the Plague of Undeath. We now know why: to resurrect Galakrond, the progenitor of all dragons!

Will E.V.I.L. prevail and prove that Rafaam is truly the evilest of all villains? Will the Explorers defeat Rafaam and save the world? In this adventure, you have the power to choose. Galakrond’s Awakening is two stories in one, giving players the ability to play through both versions of the story and experience two completely different endings. Unlike The Dalaran Heist and Tombs of Terror, Galakrond’s Awakening returns to the classic linear adventure format, allowing you to progress through the story by completing individual boss encounters in order. 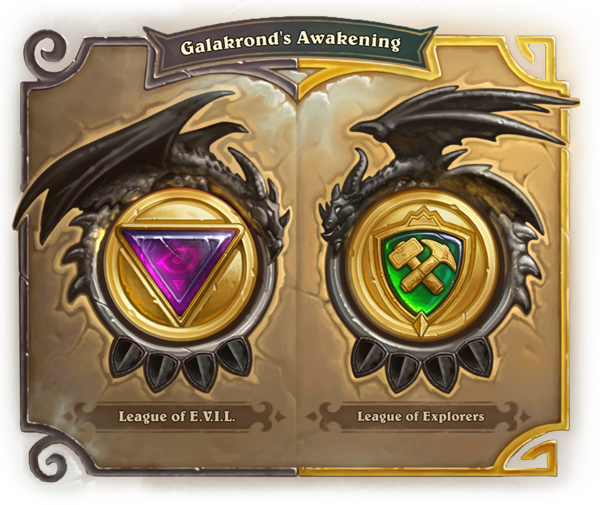 Each story contains four chapters, each one with three encounters for a total of 24 unique battles. In each encounter, you’ll take control of one of the heroes or villains you’ve seen this year, and you’ll be given a premade deck built specifically for that encounter. You’ll come up against some new and familiar faces; without saying too much, you’ll see more of some of the side characters you’ve grown to love including George and Karl.

After you finish a chapter, try your hand at the Heroic mode, where you’ll build your own deck to take on a more challenging experience. As a reward for clearing Heroic, you can earn two different card backs, one for Explorers and one for E.V.I.L.

The four chapters will roll out on a weekly basis like previous solo adventures. When Galakrond’s Awakening launches, you’ll be able to play through both the League of Explorers and League of E.V.I.L. versions of the first chapter. The first E.V.I.L. chapter will be free for all players, and the Explorers chapter will be available for purchase. 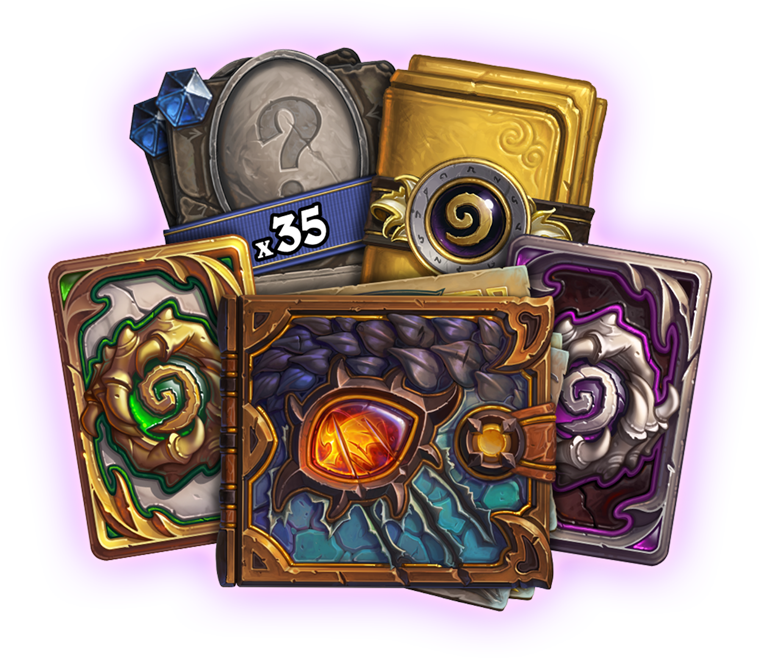 Collectible Cards Are Back!

Galakrond’s Awakening also marks the return of collectible card rewards that will become available to add to your collection. Over the course of the four chapters, a total of 35 cards will be unlockable by clearing encounters in both the Explorers and E.V.I.L. campaigns. Clear an encounter, get a card (sometimes two!). It’s that easy! As a bonus for purchasing the first chapter’s good campaign, you’ll get an additional three cards at the beginning of that chapter.

After you earn a card, you’ll also have the option to craft the golden version.

Here’s a quick view of how you’ll be able to unlock all 35 cards.

A Peek into the Future

Without further ado, let’s take a look at some of the cards you’ll be able to earn in Galakrond’s Awakening. 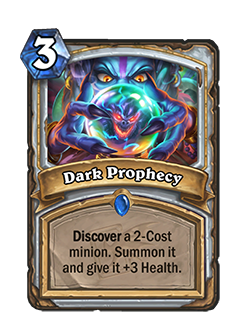 Earned from Chapter 1 of the League of Explorers Campaign

Priests will add some extra Discovery utility – and a big bump of minion health – with Dark Prophecy. Combo this with other cards that buff minions for a variety of exciting new options. 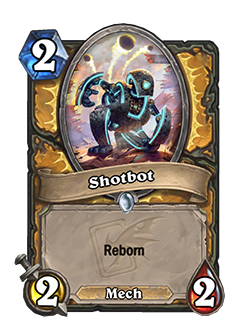 Earned from Chapter 4 of the League of E.V.I.L. Campaign

This Paladin card can take a punch. Bringing back the Reborn mechanic introduced in Saviors of Uldum, Shotbot will stay on the board and combo extremely well with any of your Magnetic cards. 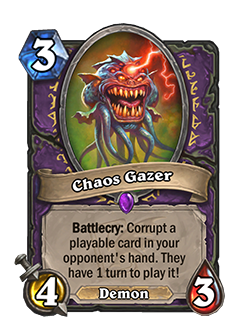 Earned from Chapter 4 of the League of E.V.I.L. Campaign

The rather horrifying Chaos Gazer will select a random card in your opponent’s hand and corrupt it, giving your opponent the tough choice of playing it immediately or losing it next turn. Chaos, indeed. 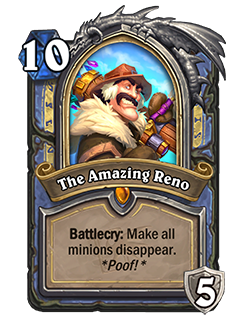 Earned from Chapter 4 of the League of Explorers Campaign

Reno may have been captured by Rafaam and subjected to endless rhyming puppet shows, but that won’t stop him from injecting some of his signature flavor into Galakrond’s Awakening. Play the Amazing Reno and all minions will disappear. Where did they go? Who knows? Reno definitely doesn’t. Truly amazing work, Reno.

The Chapters will unlock on the following dates.

That’s it for now. We’ll have more of the 35 cards to show off soon. We’ll see you in Northrend to retake Dalaran and save the world! Or soar with Rafaam to the highest heights of villainy? It’s your choice.