As you prepare to face the evil in The Witchwood, it would be wise to arm yourself with knowledge of the key players in this unfolding conflict. Fortunately for you, such knowledge has mysteriously materialized. . . .

The source of the following dossiers is a mystery, and it is uncertain whether you can trust the information contained herein. After all, in these dark times, rumors fly like a murder of crows.

Still, even the slightest knowledge of who’s who could be just the edge you need to survive the curse. 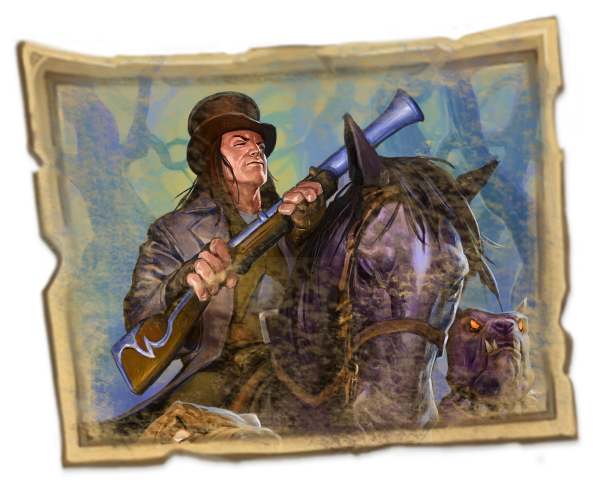 A renowned hunter of criminal, beast, and monster, the man known as Houndmaster Shaw has humble roots. So humble, in fact, that he is rumored to have been raised by a pack of hounds on the streets of the city! While that story is of dubious provenance, there’s no questioning the man’s skills. He has an almost supernatural way with the animals in his care, and he ascended from the gutters into the king’s service as a thieftaker and master of hounds—all on his own merits. He certainly didn’t charm his way into the position—Shaw doesn’t get on nearly as well with people as he does with his four-legged charges—but he does get results. The tracking ability of his prize hounds—Princess, Butch, and Bubba—as well as the shocking speed of his raids on thieves and smuggler’s dens, are the stuff of legend in the Gilnean underworld.

While many others have given themselves over to fear under the influence of the curse, the unflappable houndmaster has been calmly getting to work. The sharp noses of his hounds, as well as his own keen instincts, have put him on the trail of the leader of the Crowskin cult. It’s only a matter of time before he tracks the hag down in her lair. 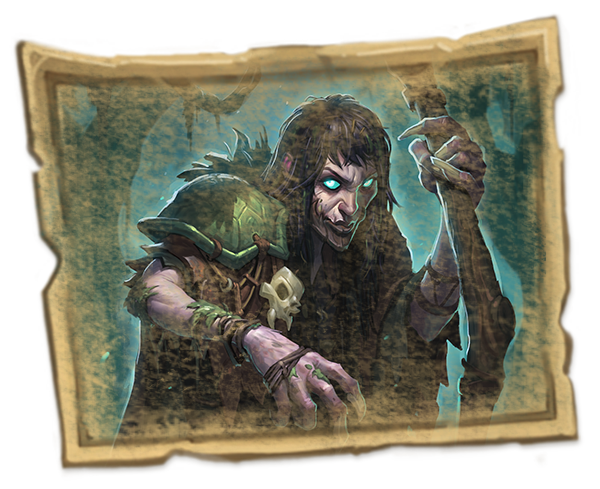 The ancient forest surrounding Gilneas was never entirely safe, even before it was cursed and transformed into the Witchwood, and entities like Glinda Crowskin are the reason why. For as long as anyone in Gilneas can recall, there have been tales of a sinister crone in the woods who can grant one’s fondest desire—for the modest price of a human heart.

It’s very likely that Glinda Crowskin is the mastermind behind the “Crowskin cult” that has sunk its claws into the city’s underbelly. Her deluded followers believe that Hagatha will grant them power in exchange for devotion. They break Greymane’s curfew, sneaking into the forest in the dead of night to drink strange concoctions and perform mysterious rites. More disturbing still: somehow, more of the cultists return to the city after these nightly sojourns than had snuck into the woods in the first place. 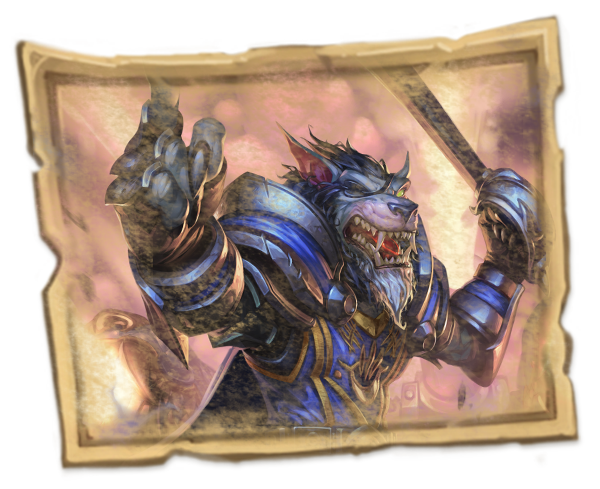 Despite a colorful past, Lord Darius Crowley has earned an unassailable reputation among the people of Gilneas. Once disgraced and imprisoned for leading a rebellion against King Genn Greymane, Crowley nonetheless proved himself a staunch defender of Gilneas in conflict after conflict. Due to his exemplary service—not to mention dauntless ferocity—he and his once-bitter rival now pay one another grudging respect. King Greymane knows who he can call upon when he needs results at any cost.

Crowley is eager to crush Gilneas’ enemies in the Witchwood, and he is approaching the problem as he would a military campaign. While some might turn to mystic trinkets or ancient superstitions to get an edge, Crowley has yet to encounter a threat that well-crafted iron, steel, and wood could not dispatch, especially when explosives are involved. Darius has the city’s genius engineers working the foundries night and day to construct engines of war—cannons in particular.

When Crowley’s confrontation with the monsters in the Witchwood comes, it will not be quiet. 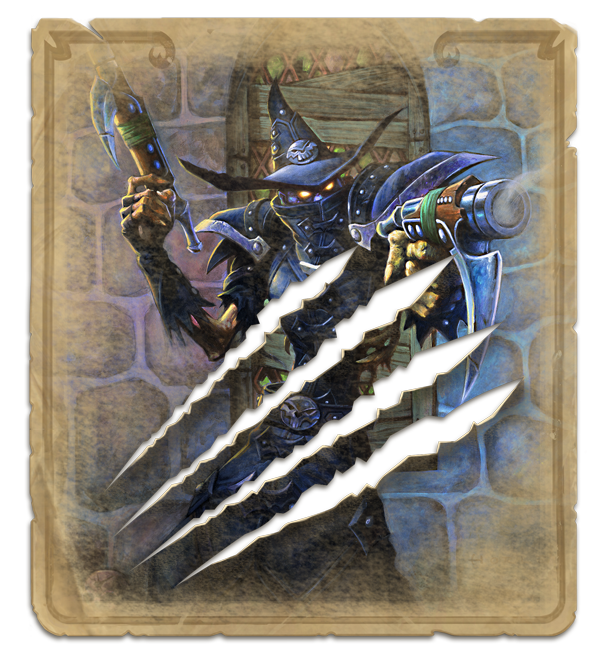 Even while still among the living, Lord Godfrey had a penchant for cold-blooded self-interest and treachery: he devastated Lord Darius Crowley by political maneuvering, probably instigating a rebellion in the process. Then, while Gilneas itself was under siege, he betrayed King Greymane. After Godfrey’s untimely demise, the Dark Lady Sylvanas resurrected him among her undead Forsaken, but expecting anything resembling loyalty from a creature like Godfrey is always a deadly mistake. He betrayed her as well, then fled to an abandoned keep to continue doing what he does best: pursuing his own interests.

Precisely what those interests might be remains a mystery, but it seems that Godfrey has chosen this moment to act. Since the curse descended on the Witchwood, he left the seclusion of the keep he’s haunted for years, and has recently been sighted near the city. It’s not clear what he’s planning—or what he hopes to gain—but devastation tends to follow whereever Godfrey treads. 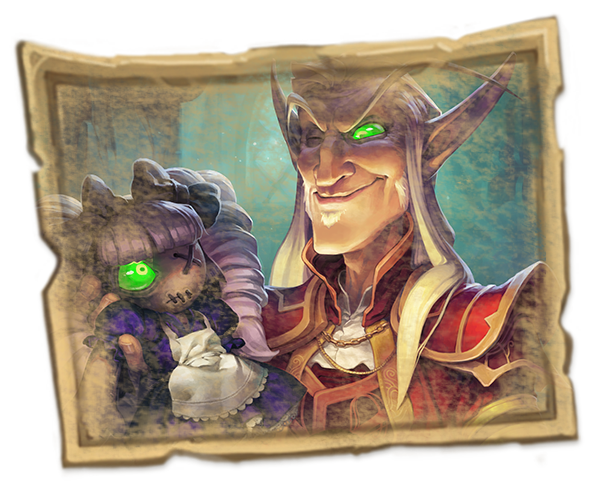 He makes puppets, did you know?

(This report is to be disregarded. It was delivered by a doppelganger of the agent we sent to investigate Dorian’s possible association with the Crowskin cult. The duplicate has been disposed of, but we still do not know the whereabouts of the missing agent.)