The sun’s finally out, and 16 of the world’s best Hearthstone players are heading to Los Angeles, California, to compete for four coveted spots at the 2018 Hearthstone Championship Tour (HCT) World Championship! Some are old hands at the game, while others are newcomers to the scene. Here’s who you’ll be watching at the Blizzard Arena Los Angeles starting June 28. 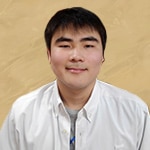 23-year-old Kenta “Glory” Sato hails from Yokohama. The self-described part-time jobber plays for local amateur team Rascal Kanteidan and enjoys reading comics in his spare time. His single-minded focus is on acquiring Hearthstone competitive points, and he’s accrued 54 so far. Glory hopes he won’t have to face Tansoku at HCT Summer—he doesn’t want to compete against another Japanese player in the tournament. 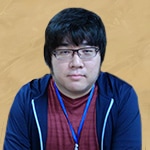 Shuhei “Tansoku” Omura is an old hand at Hearthstone. Although the competitive player and YouTuber has been around for a while, this is his first time qualifying for a Seasonal Championship. He's hoping to face David "dog" Caero in the Championship. Known to some of his fans as the “Japanese Ant”, Tansoku also enjoys watching competitive anything (soccer, sumo, shogi, et al.) in his Hearthstone downtime. Fun fact: “tansoku” is a Japanese word meaning “short legs”, and he chose it because he has short legs. Regrets have been had. 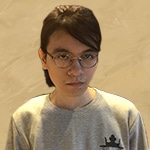 Jinsoo Park came to Los Angeles to play in the 2018 Hearthstone Wild Open, but came up short. Now, he’s back with a vengeance for HCT Summer. A World of Warcraft fan, he got into Hearthstone because of the Warcraft universe. Jinsoo’s family is supportive of his competitive gaming passions, and he’s deeply inspired by Tyler Nguyen’s Hearthstone stream, which he says has helped his gameplay a lot. He considers SangSu "Sooni" Nam—a notable Korean player—his biggest rival, having lost to him frequently on the ladder. Jinsoo hopes to compete against him more in the future! 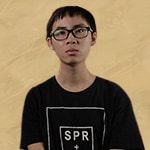 Wu “BloodTrail” Zong-Chang is quite the Hearthstone player. He started out as a free-to-play user, building his collection through the gold he’d earn from winning games. Only he didn’t just win games—he crushed them, clearing quests and winning 30 matches per day across three servers. The Summer Championship will be BloodTrail’s first time traveling abroad, and while his parents have never watched Hearthstone being played, they are amazed and supportive of how video games have given him that opportunity. 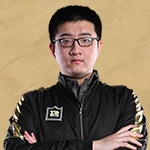 One of the best Hearthstone players in China, Gao “Leaoh” Yang thinks it’s talent that sets him apart from everyone else in the scene. The professional player for Team RNG seems unperturbed by the swathe of competitive personalities who will converge at HCT Summer, coolly letting us know that there’s no one he’s afraid of facing down in the tournament. Driven by an innate sense of competition, Leaoh is going to be one to watch. 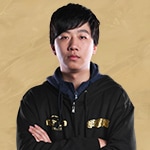 Wu “XiaoT” Jiwei is an undergraduate playing for team Ice Coke. A native of Xi’an, he has always enjoyed card games, though his first love is basketball. XiaoT got into Hearthstone on the recommendation of a friend and has since found that he has a gift for card games. The youngest representative from China at HCT Summer also has his family’s support—especially his grandmother, who stays up late in the night to watch him in tournaments. 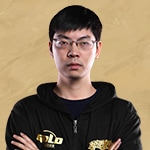 A local Hearthstone hotshot, this is Qu “Rugal” Yixian’s first time qualifying for an international tournament. He graduated school with A+ grades, got a job, then realized his path in life lay elsewhere. Rugal quit his day job to chase his pro gamer dreams after he placed second at the Gold Series Open in Chongqing. With the support of his family, he’s now a full-time competitive gamer. He hopes he won’t have to face Leaoh—whom he refers to as Li-God—at HCT Summer. 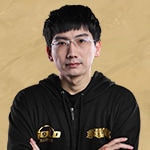 Li “YuYi” Daixiong grew up in Beijing, where he says he used to “study, work, just like everyone else,” until Hearthstone changed his life. YuYi has played Blizzard games since he was a kid, but it was competitive Hearthstone that he says reignited the passion from his youth. “It urged me to achieve more glory in my life,” he told us. He thinks success in Hearthstone requires several things: constant practice, a calm personality, unconventional thinking, and the desire to win. YuYi considers his counterpart Leaoh one of the most intimidating opponents he has ever faced. 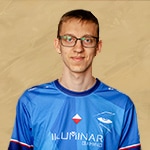 Kacper “A83650” Kwieciński didn’t think he’d be good at Hearthstone when he first started playing, so he typed something completely random for his BattleTag. He ended up gaining international recognition so quickly, it didn’t make sense to pick another handle any more! A83650 hopes he’ll be able to face off against the Chinese players, though he doesn’t want to meet Viper in the tournament. He feels the latter is an uncomfortable opponent for him, since he always loses to Viper both on the ladder and in tournaments. 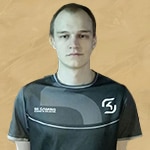 PhD student Raphael “Bunnyhoppor” Peltzer is all about that balance in life. Hailing from Germany, he started playing Hearthstone after a former teammate told him about it. Bunnyhoppor has since built a competitive gaming career for himself—all while being a full-time PhD student. His advice to aspiring Hearthstone pros? Try to see if you can place high on the ladder and make Playoffs while maintaining both your job and social life. Don’t go all-out trying to build a career from scratch! Bunnyhoppor’s set to receive his PhD this summer and believes this might be the last Championship where he has adequate time to prepare. 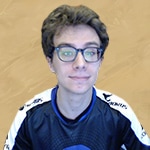 It's Italian player Marco “Turna” Castiglioni's second time qualifying for a Seasonal Championship, but he still thinks he's one of the most underrated players in the circuit. The 24-year-old has earned his fair share of life achievements as well: at 24, he has a Bachelor's degree in Computer Science and is almost done with his Master's degree in the same subject. Turna's birthday lands the week of HCT Summer. Will he earn himself the ultimate birthday present by qualifying for the 2018 HCT World Championship? 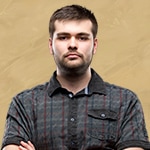 Torben “Viper” Wahl used to play card games for years before he started on Hearthstone. As a student, he divides his time between studying and playing Hearthstone. One of the things he loves most in life is optimizing patterns—both in games and real life—and he feels Hearthstone is a good place to do that. “Hearthstone is kind of a good riddle, and when seen as a mathematical problem, would be worth a doctor’s degree in finding optimal decks, lineups, and plays, while analyzing all the data you get.” Viper hopes to face off against Turna at HCT Summer, as he feels Turna is one of the weaker players to qualify. 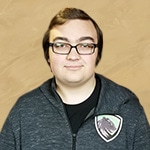 Have you seen the #YOKAD hashtag floating around on social media? David “killinallday” Acosta, a pro Hearthstone player for team Endemic, is the youngest competitor this Seasonal Championship, and his seat at the top 16 has been a long time coming. Killinallday narrowly missed out on qualifying for Championships at two out of three Playoffs last year; #YOKAD simply stands for Year of Killinallday, and has become a rallying cry used by all his supporters. At HCT Summer, Killinallday wants to face the European players, so he can show them that the Americas are the better region. 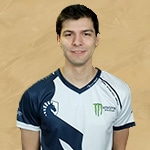 The other David in the tournament, David “Dog” Caero, is an accomplished streamer and a representative of the prestigious Team Liquid. Dog got into Hearthstone when his brother introduced it to him; at that time, he was looking for a game that he could play in his free time while focusing on school. He has since made huge waves in the community, both in skill and presence, and has a reputation for understanding obscure matchups. He thinks Hearthstone has given him his dream job. 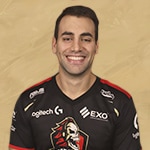 This is Facundo “Nalguidan” Pruzzo’s second HCT Summer Championship. He qualified for Summer Championship in 2017 together with his fellow Latin American representative, Guillermo "Empanizado" Tolosa. An architecture student, Nalguidan has found many opportunities in Hearthstone, including personal growth in general. He’s made close friends, found great supporters (including someone he calls his “lucky amulet”), and built a career as a player and streamer. His fellow Americas qualified player and good friend, Killinallday, hopes they both can win the tournament. Will this be Nalguidan’s year? 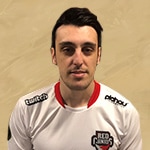 Lucas “Rase” Romano has a slightly different background from most Hearthstone players. A former Pro Evolution Soccer player, he tried Hearthstone on a whim after a friend showed it to him. He had never played any card games before and thought he’d tire of it quickly. He got competitive in Hearthstone almost immediately, dropping his other dedications in the process. Back in 2010, Rase qualified to the World Championship for Pro Evolution Soccer, and he hopes to make it to the HCT World Championship as well, becoming the first Brazilian player to do so in the process. He tells us: “My father always told me that I could do anything in life, but I should always try to be the best at it.”

There you have it. Sixteen diverse competitors, each brilliant in their own right, all who we’ll see live at the HCT Summer Championship. Witness history in the making and see who grabs the first four spots to the 2018 HCT World Championship—buy tickets here.