Arch-Villain Rafaam and his band of misguided miscreants have navigated the capital city of Dalaran across the world and have arrived in the land of magical mummies, treacherous tombs, and sand-swept horizons – Uldum! While their ultimate goals are still shrouded in mystery, their disastrous doings in the dunes have unleashed devastating plagues on the land. Now it’s up to the League of Explorers (and you!) to stop the League of E.V.I.L. from reaching their nefarious goals.

Read on for details on everything that’s new in the tavern, and what’s included in the Saviors of Uldum expansion!

The League of Explorers Has Arrived 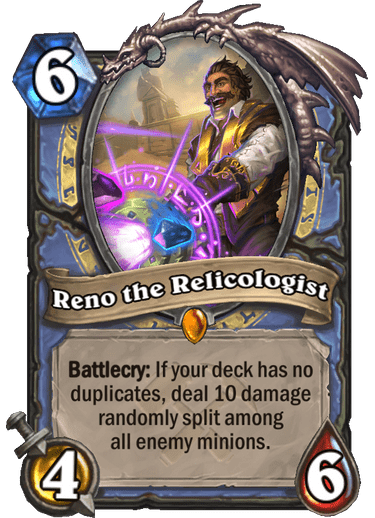 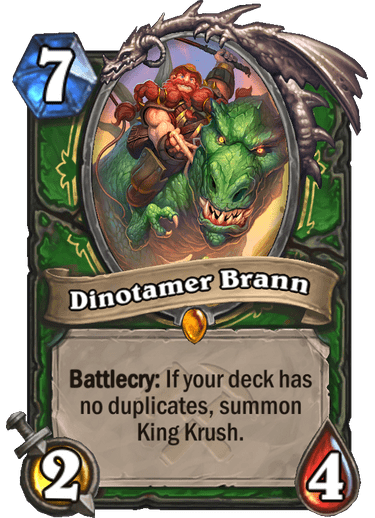 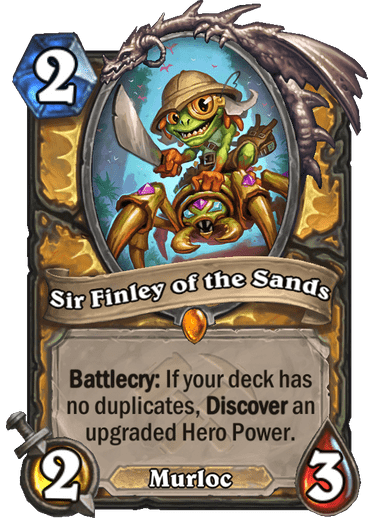 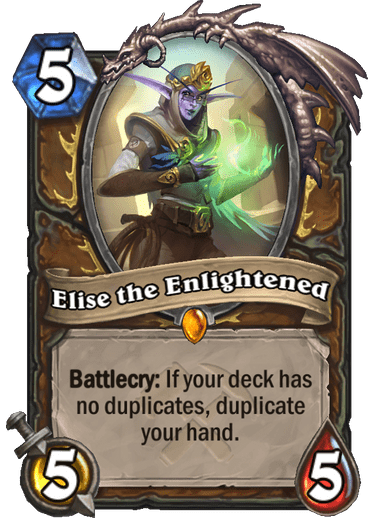 Have no fear - [[Reno the Relicologist]], [[Dinotamer Brann]], [[Sir Finley of the Sands]], and [[Elise the Enlightened]] are here! If your deck has no duplicate cards you’ll be rewarded with incredible effects when you play these new League of Explorers cards! 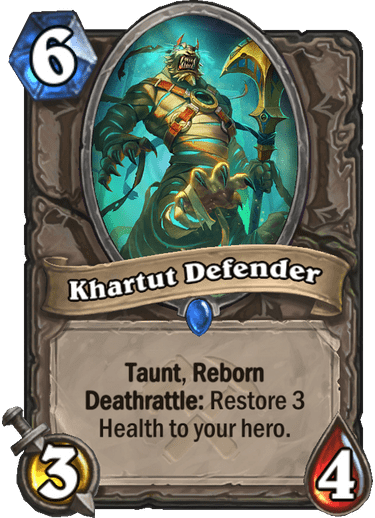 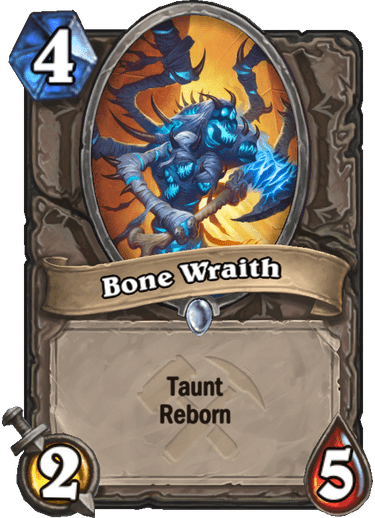 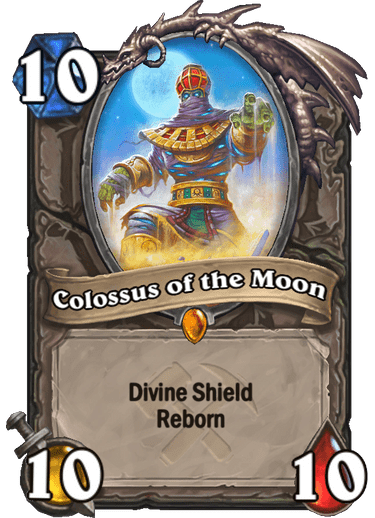 Just when you think you’ve got one of the mummies of Uldum under wraps, they’re back in action and ready to fight! Minions with the Reborn Keyword will return to life the first time they’re destroyed, but with 1 remaining Health. 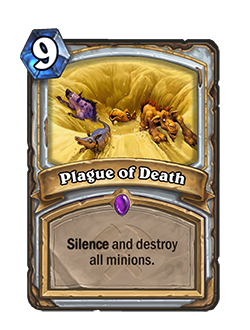 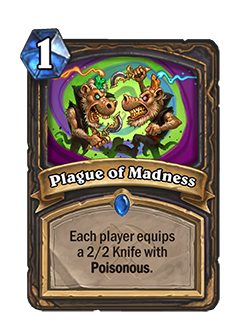 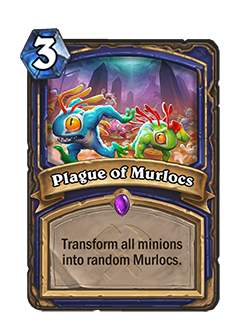 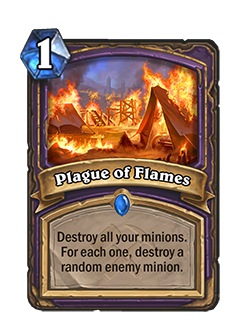 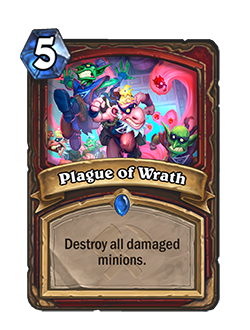 Plagues are spells of ancient power wielded by the 5 League of E.V.I.L. classes (Priest, Shaman, Warrior, Warlock, and Rogue.) Affecting both friend and foe alike, plagues have a devastating impact when played, so time them wisely! 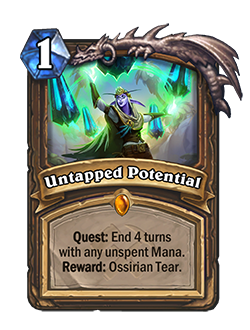 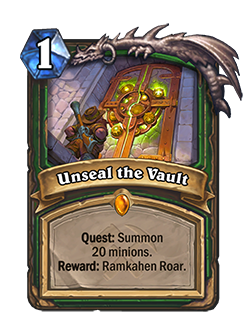 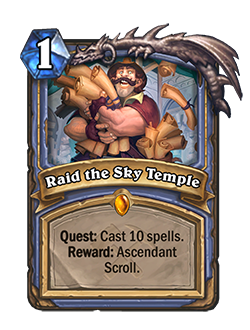 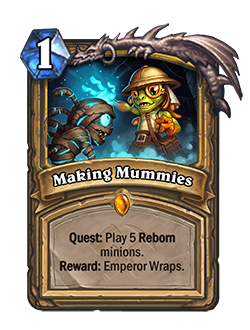 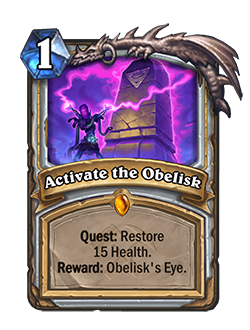 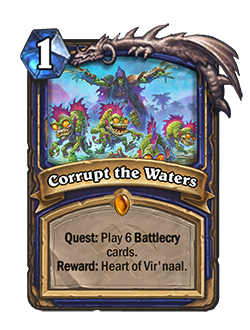 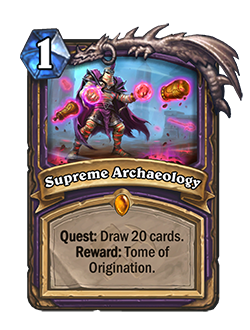 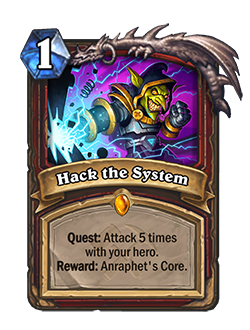 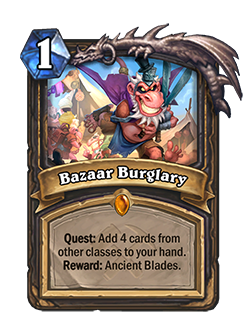 Every adventurer worth their sand needs a Quest! In Saviors of Uldum, all 9 classes will have new Legendary Quests that grant game-changing Hero Powers once completed. As with existing Quest cards, these Legendary 1-Mana cards start in your hand and, once played, their progress will track above your Hero portrait. 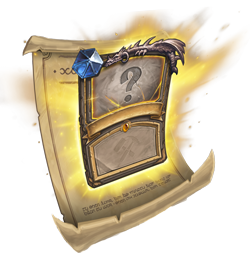 Start your adventure with a bang - Log into Hearthstone any time within the first 90 days of the launch of Saviors of Uldum to receive a random Legendary Quest Card and set off on a quest to earn Saviors of Uldum card packs!

Pre-purchase one or both Saviors of Uldum Bundles before the expansion launches on August 6 to unlock bonuses of heroic proportions!

The dunes may be mostly devoid of life, but the taverns of Uldum are lively this time of year! 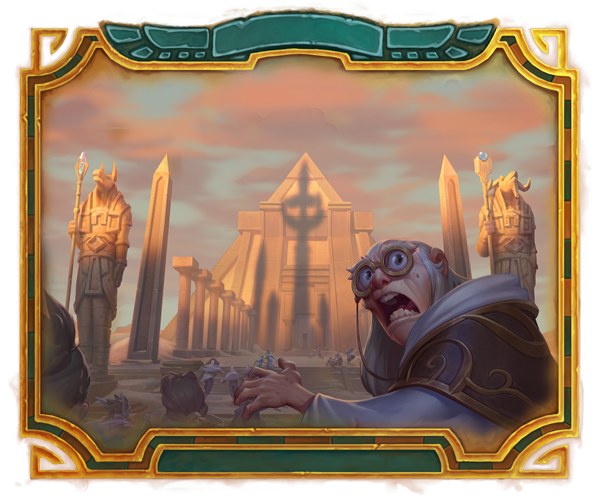 Tombs of Terror! – It’s time to put a stop to the League of E.V.I.L.’s pernicious plague-riddled plans. Hearthstone’s newest solo adventure is launching this September!

We have updated the functionality of the Rogue quest reward [[Crystal Core]] in order to address some inconsistencies. This new functionality also applies to Dark Pharaoh Tekahn’s Battlecry effect. 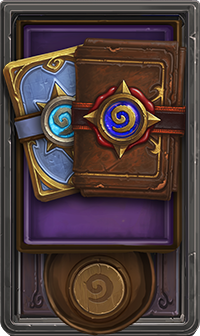 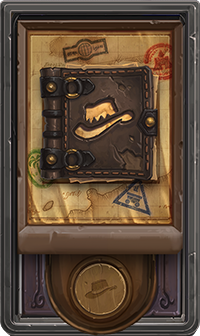 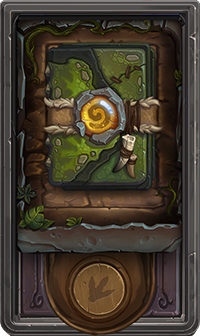 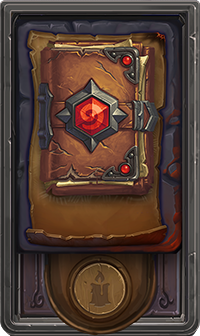 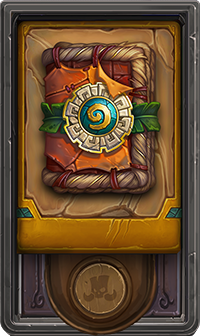 With the launch of Saviors of Uldum on August 6, the active Arena sets will be updated to the following:

The following Card Backs have been added to the game: