Changes to the Masters Tour and Qualifiers! 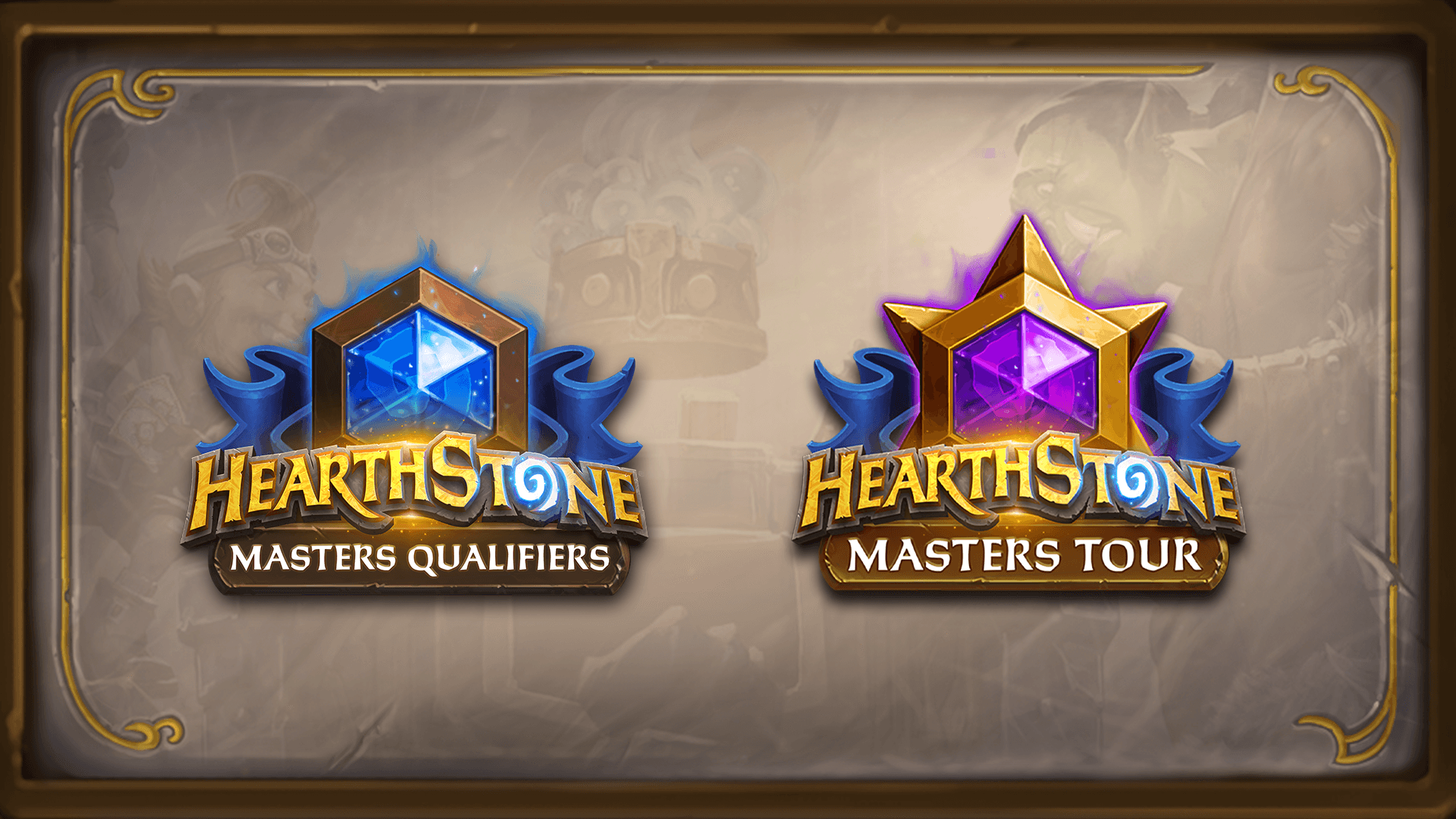 Since launching Hearthstone Masters in 2019, we’ve continued to look at how we can keep improving the ecosystem. Masters Tours and their respective qualifiers are at the core of the competitive Hearthstone community, and going into the second half of the year, there are a few key areas that we want to adjust to further improve the competitive experience for players and fans.

For the final two Qualifiers seasons of the year, we are adjusting how players earn invites. Winning a Masters Tour Qualifier will still earn you an automatic invite, but to reward consistency players will now earn Masters Tour invites based on overall match win rates throughout a Qualifiers season instead of the current top 8 placements system. Beginning with the Qualifiers for Masters Tour Stormwind, the top 50 highest win percentage players that competed in at least 20 Qualifiers without placing first will receive a corresponding Masters Tour invite. This is up from an average of 30 invites for four-time top 8 finishers.

The number of Qualifiers players were having to compete in was proving too high. On average, players consistently achieving top-8-based invites were playing around 47 separate Qualifiers to earn a Masters Tour spot. That love and passion for Hearthstone is something we celebrate, but we believe we can reward deserving players without asking them to make that kind of time commitment. Our aim is to allow players the opportunity to better balance participation in qualifiers alongside other goals, whether that be content creation, going for top ladder finishes, or pursuing their ambitions outside of Hearthstone. 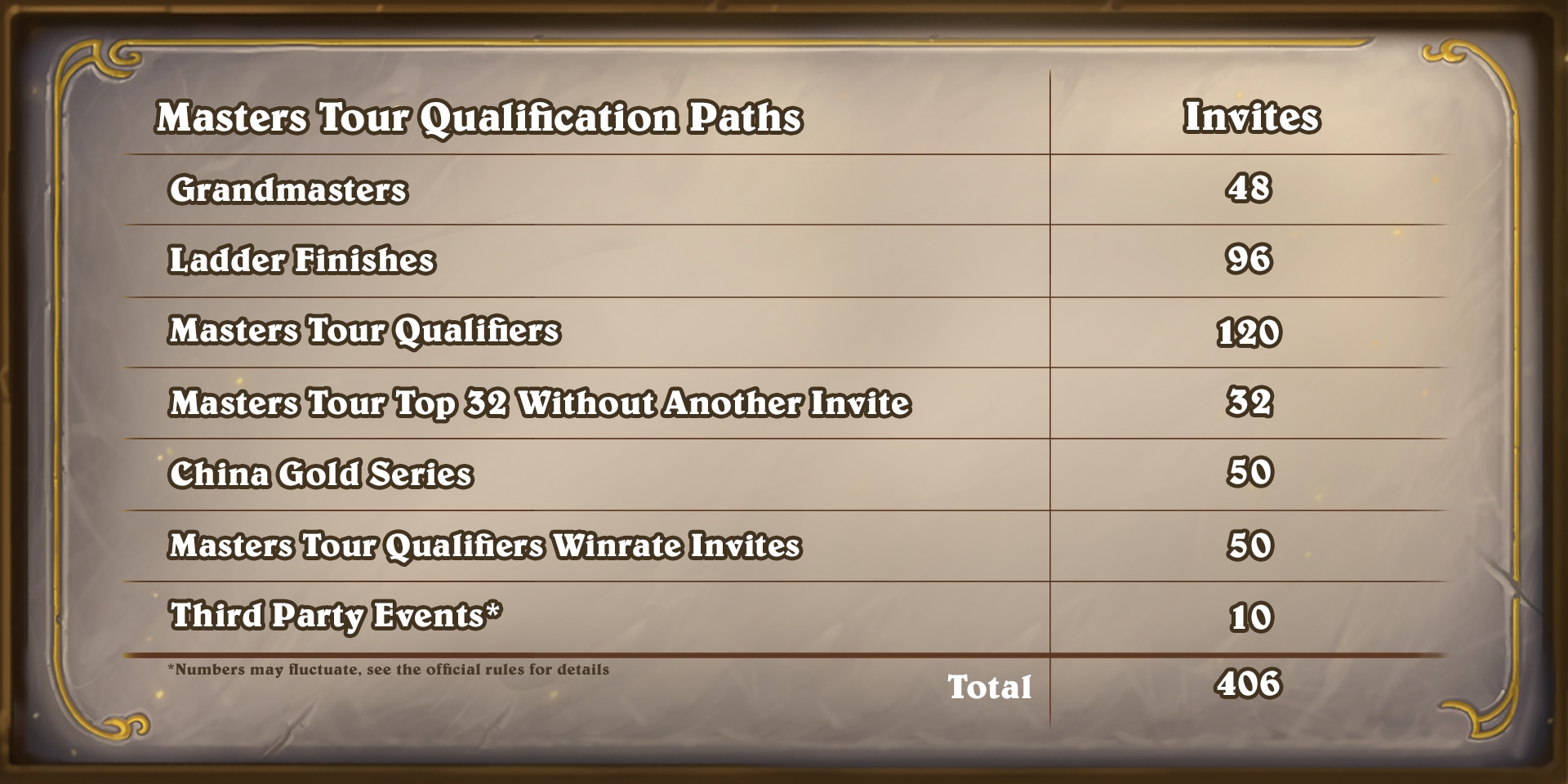 For the final three Masters Tours of the year, we are implementing two key changes to improve the overall broadcast and competitive experience for players and viewers.

Moving forward, players will need to compete on camera during broadcast matches. Any player who is not willing or able to turn their camera on for a broadcast match will receive a game loss for that round. Ultimately, players appearing on camera significantly improve the fan experience while allowing players to connect with fans on a more personal level.

While cameras are mandatory, we understand the need for potential exceptions. To avoid a game loss, any player hoping to not use a camera on broadcast must contact admins before a Masters Tour to allow time for a ruling on an exemption from the webcam rule.

Masters Tours will now feature eight swiss rounds instead of nine. Four rounds of swiss will be played on day one, four rounds will be played on day two, with a round of top 16 and all top 8 matches broadcast live on day 3. Our goal here is to reduce the physical fatigue players have experienced during long days of swiss play while also creating a cleaner cutoff for reaching the top 16 than a nine swiss round model offers. The awarding of points toward Grandmasters qualification will be adjusted to account for the one fewer swiss round. 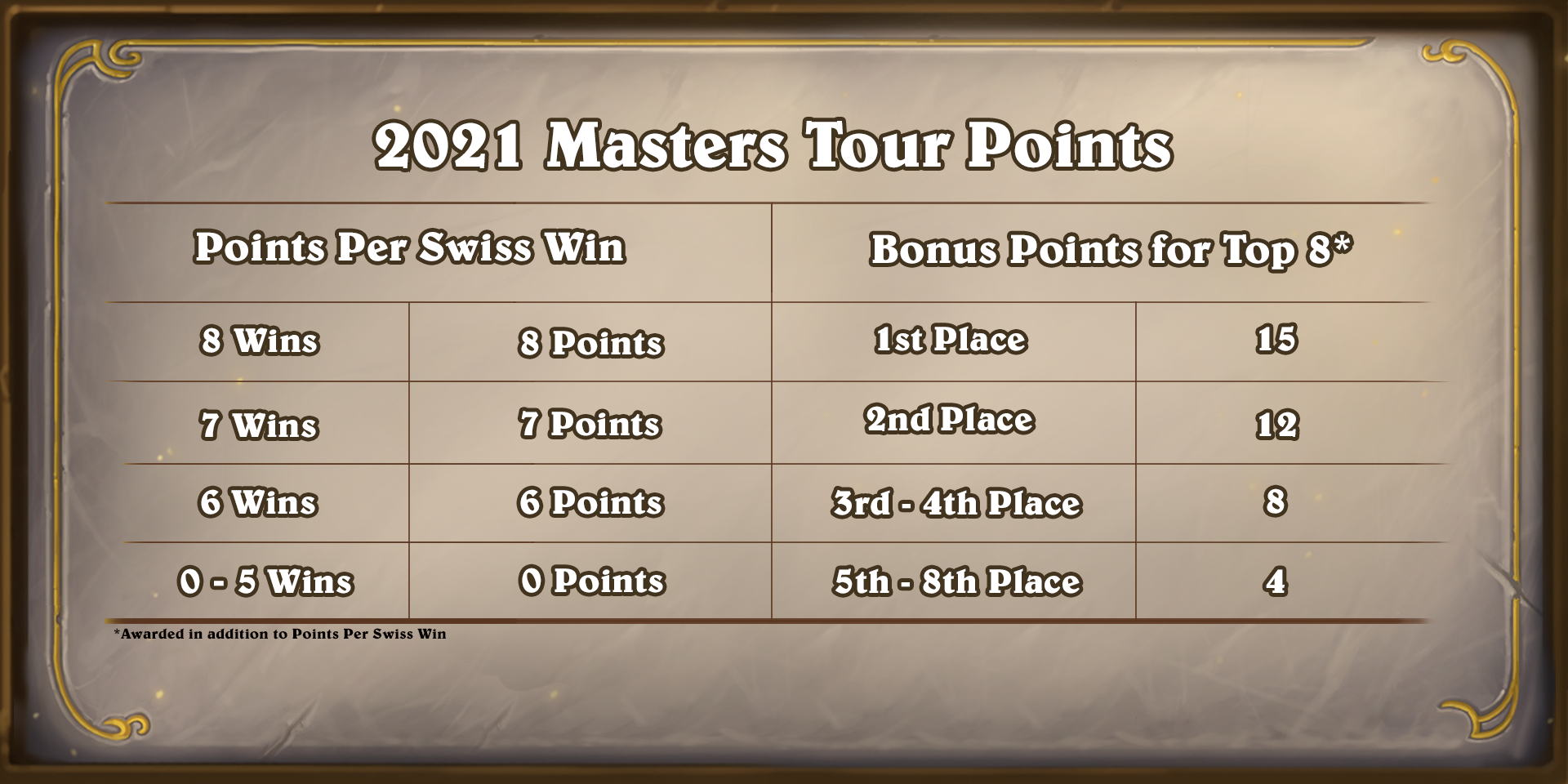 We always appreciate player and fan feedback. Please let us know your thoughts on the Hearthstone Esports Twitter timeline, and be sure to register for Masters Tour Stormwind Qualifiers. Hearthstone Esports returns with the launch of Grandmasters 2021 Season 2 on August 13, and then Masters Tour returns with Silvermoon, August 27 – 29, only on YouTube! Good luck, have fun, and we’ll see you in the tavern.