The following cards have been adjusted down in power:

Dev Comment: We’re making a small adjustment to reduce the amount of focus that Kazakusan’s treasure hoard has on from-hand damage. Removing LOCUUUUSTS!!! from the Discover pool will allow for a bit more back-and-forth for both players after Kazakusan has been played. 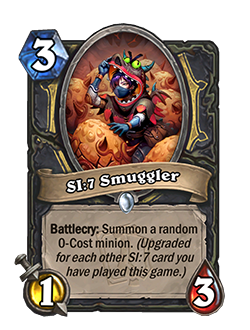 Dev Comment: Smuggler is receiving an effect change to account for improper wording on release. The new wording should now properly track the Cost of the minion which will be summoned while Smuggler remains in hand. Along with this, SI:7 Informant is receiving a wording change to correctly state that it only counts other SI:7 cards that have been played.

The cards listed above will be eligible for a full dust refund for 2 weeks after the 22.4.3 patch goes live.

The following card’s text has been adjusted for clarity (no functional change): 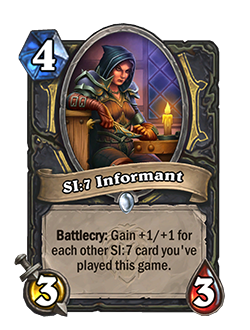 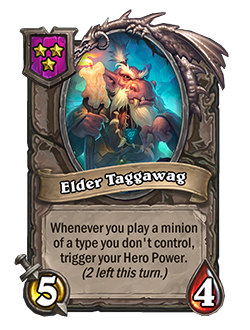 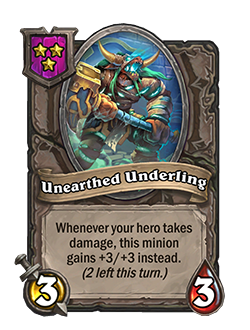 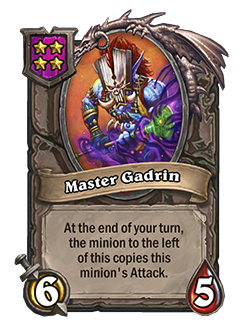 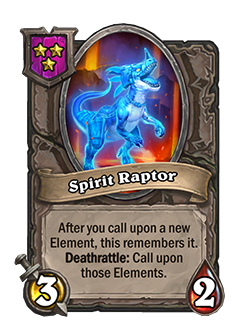 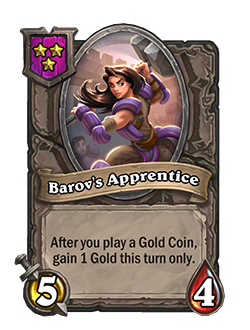 Dev Comment: Although Lord Barov’s average power level was reasonable, some games had extreme results when enough wagers were won. This change aims to slow down the power spike in those cases. 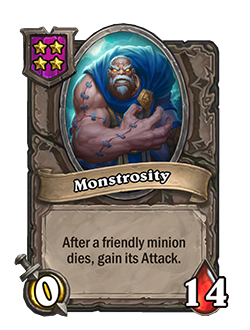 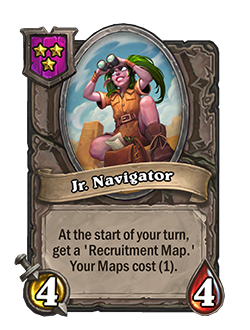 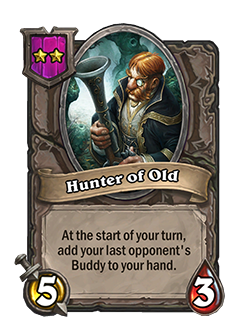