BlizzCon is less than six months away, and we’re more than halfway down the road to the Hearthstone World Championship! Some really great players have emerged from relative obscurity to prove that they have what it takes to compete alongside some of the best professional Hearthstone players in the world. Christopher “PHONETAP” Hyunh is one such champion, having recently claimed 100 Hearthstone World Championship points, $10,000 dollars, and a victory in Season 2 of ESL’s Legendary Series.

PHONETAP made it to the LAN Finals after battling through open qualifiers, and in the end faced down one of the Hearthstone competitive scene’s most well-known personalities: Andrey “Reynad” Yanyuk, owner of the eSports team Tempo/Storm. With tens of thousands of people watching online and a packed house of Hearthstone enthusiasts cheering on in-person, PHONETAP took the series in four games with his Midrange Hunter, Ramp Druid, and Mech Shaman decks. 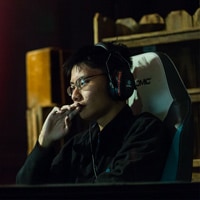 Thanks for your time, PHONETAP! Let’s tell the world a little more about you. To begin, would you mind sharing your age?

Where are you from?

Who are your teammates on team Hearthlytics?

What do you do when you’re not playing Hearthstone?

I like to play tennis, watch television and movies, and hang out with my friends.

What other tournaments have you played in, prior to the ESL Legendary Series Season 2?

I have played in every tournament possible such as ZOTAC cups, ESL cups, Hearthmind series, Strivewire cups, Tuesday Night Hype, and others. Some of my notable top finishes were 1st place at an MSI Dragon Cup, 2nd place at the 10k Good Gaming Open, and a Top 8 finish at the Hearthstats Season 1 Champion’s League.

Were there any players you specifically looked up to, or feel you learned from? 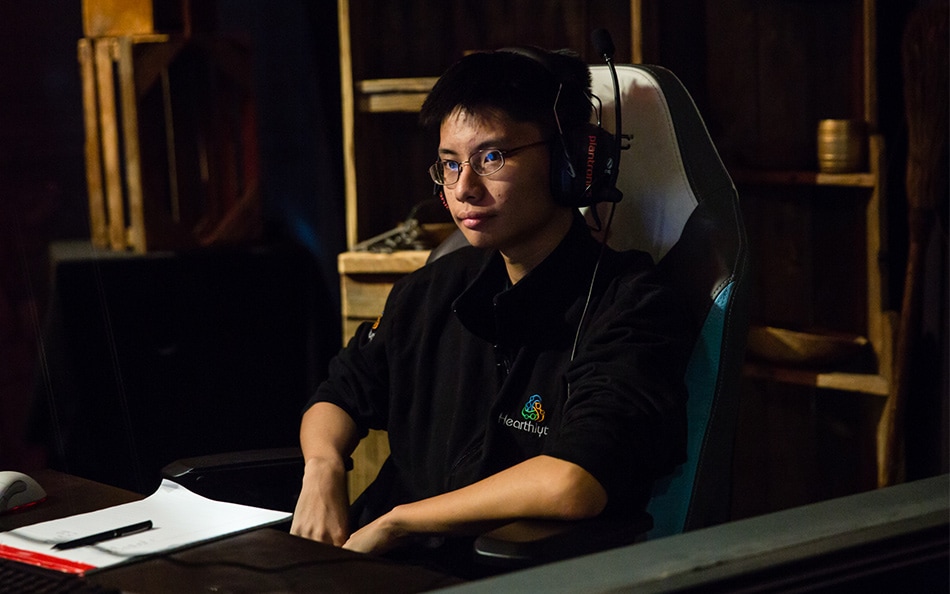 If I were to name one player in particular, it would be Xixo. I always wondered how an amazing player like him would become friends with an unknown guy like me. I have learned so much from him by practicing with him, talking to him, and watching him. He helped me understand what it took to be a top-tier Hearthstone player.

What was it like fighting through open qualifiers to ultimately face down some of competitive Hearthstone’s best players?

It was honestly a relief that I got through the qualifiers. It already felt like a win; getting a free trip to California and getting to meet all the known Hearthstone players and people of the scene. I also got to meet my longtime friend Kabi from Argentina. Regardless of the result, I knew it would be an amazing week.

What inspired you to bring a Mech Shaman deck?

I knew the most popular decks would be Handlock, Hunter, and Warrior. It was hard to make a strategy against those decks while also respecting Grim Patron Warrior, as well as other tournament decks. I decided to focus on being favorable against Handlock and both Warrior archetypes and Mech Shaman fit that strategy.

What was it like facing Reynad in the finals? 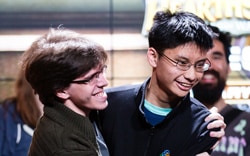 It definitely made me feel super nervous and I felt a lot of pressure playing against a big name like Reynad. I really needed to focus and get into the zone. But what really helped calm me down was knowing that making it to the finals was already an amazing accomplishment and no matter what the result was against Reynad, I could be more than satisfied with what I had accomplished.

I am expecting some of the money to be saved in the bank, but for sure I want to stream and improve my computer and Internet situation. This win will hopefully be the start of my career as an eSports player. 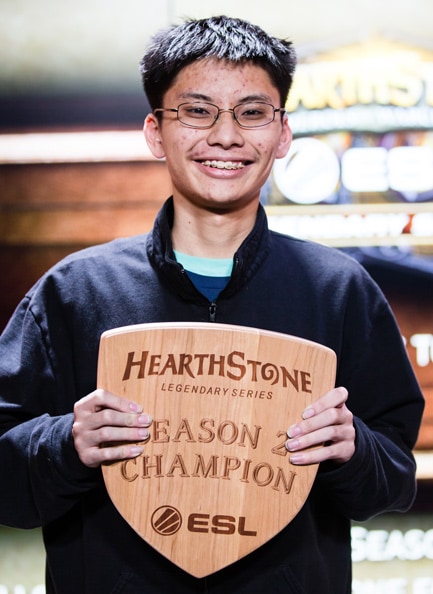 Who was the first person you called after winning the ESL Legendary Series Season 2?

I called my mom because I knew she was watching with the rest of my family.

How did your family react when you told them you won the ESL Legendary Series Season 2 Finals?

They were extremely happy, and proud of me. It really warmed my heart when I called my mom and heard her reaction when I told her I won.

What would it mean to you to make it to the Hearthstone World Championship at BlizzCon?

This will sound corny, but going to BlizzCon would be a dream come true. It is the ultimate destination for top gamers everywhere. I am playing as much as I can and trying to learn so much about the game just to have a chance at the dream.