Are you ready to add a little ROCK to Hearthstone? No? How about a lot of ROCK? That’s more like it! Rock out your Hearthstone collection with the Golden Elite Tauren Chieftain card, included in the sweet collection of BlizzCon-exclusive in-game goodies (along with other bonuses for StarCraft II, Diablo 3, and World of Warcraft)! Unable to attend BlizzCon? No problem! You can still acquire the Golden Elite Tauren Chieftain Hearthstone card via the Virtual Ticket, which will be available for purchase for up to one week after the event. 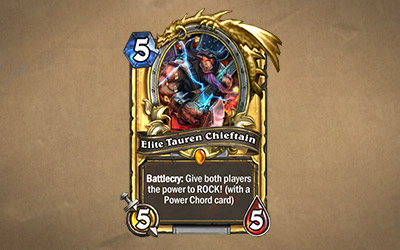 ETC doesn’t just enter play quietly! His Battlecry gives both players the power to rock out by giving them one of three awesome Power Chord cards: Rogues Do It . . . , I Am Murloc, and Power of the Horde. Each Power Chord card is just as golden as ETC and has its own unique animation. If that wasn’t enough, each of the Power Chord cards has a unique sound and animation when played from your hand! 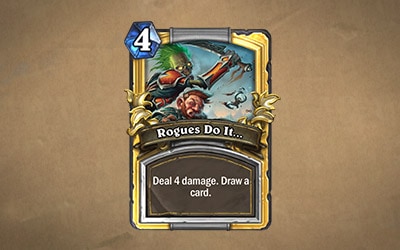 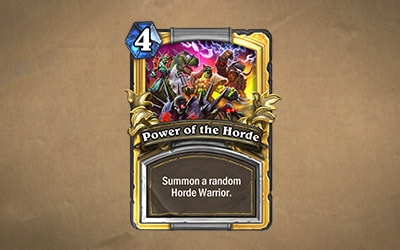 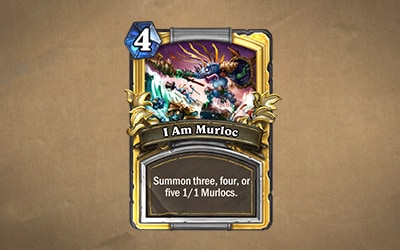 We were serious about giving you the power to rock. Check out a video of these cards in action.

If you’re unable to join us for BlizzCon or watch the event via the Virtual Ticket, the non-golden version of the Elite Tauren Chieftain card will be available for you to craft for your collection at a later date.