If you’re the type of player who really wants to leave a mark on your opponent, Rexxar may be the Champion you’ve got in your sights. If you’re looking to fire off a volley of arrows at your opponent, lay some deadly traps, or unleash some bestial wrath, Hearthstone’s Hunter is your target Hero. 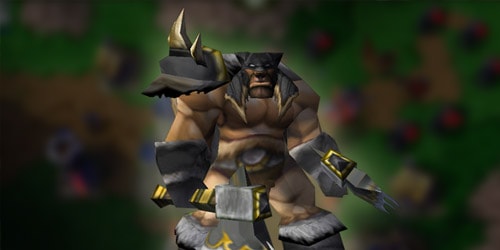 Rexxar once called the Blade’s Edge Mountains home as one of the Mok’Nathal, a clan primarily composed of other half-ogres like himself. Unwelcome by both the full-blooded orcs and ogres in the area, the Mok’Nathal were secular and isolationist, wishing little else but to be left to their own devices. However, Rexxar saw great potential for his people in Azeroth, the world beyond the Dark Portal, and eventually left his isolated clan behind to join the Horde with his animal companion, Haratha the wolf. After being betrayed repeatedly by others of the orcish race, including Gul’dan the Warlock, Rexxar lost Haratha to the dark magic of orcish warlocks and turned to a life of solitude, joined only by those incapable of lies and treachery: the beasts of the wild. 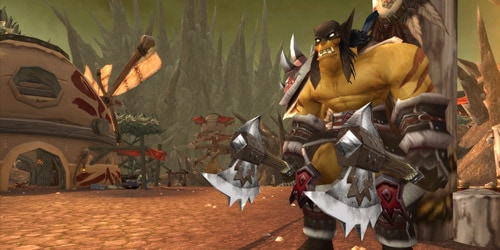 After roaming the lands of Azeroth, the great Beastmaster eventually became a great ally to Thrall and the Horde, living within the walls of Orgrimmar and earning his place amongst the orcs and trolls. Rexxar’s accomplishments and key victories over Alliance forces won him the title “Champion of the Horde,” and he went on to lead their forces against those of Daelin Proudmoore, Jaina Proudmoore’s father and Grand Admiral of the Alliance naval fleet. Rexxar defeated Daelin in combat as the rest of the Horde viciously battled against the Kul Tiras navy, leaving Jaina to mourn her father’s death and to rebuild her small empire. Rexxar, Thrall, and the victorious Horde returned to Orgrimmar, their battle won. 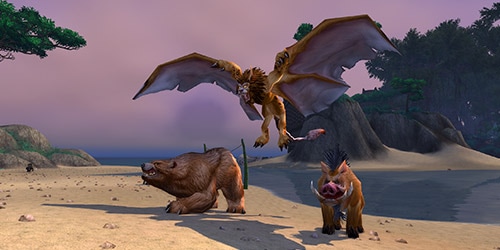 This cunning half-orc, half-ogre beastmaster is never without his longbow or the trusted animal companions he’s befriended on his journeys: Misha the bear, Huffer the boar, and Leokk the wyvern. In Hearthstone, you can summon each of Rexxar’s furry and feathered friends to your aid using the Animal Companion card. 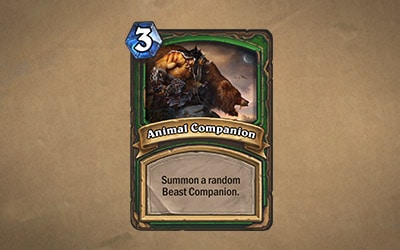 A proficient Hunter knows the wild like the back of his hand, so Rexxar’s unrivaled skill at Tracking will help you plan your next move by allowing you to know exactly what’s coming up in your deck. Lying in wait, Rexxar is able to pinpoint the best moment to take aim and fire at his foes with his savage longbow, Sniping from the undergrowth. It’s these Hunter skills that helped Rexxar prove himself against the ogre warlord Kor’gall, swaying the Stonemaul clan to the side of the Horde. You can use these same skills in Hearthstone to ambush your opponent when they least expect it! 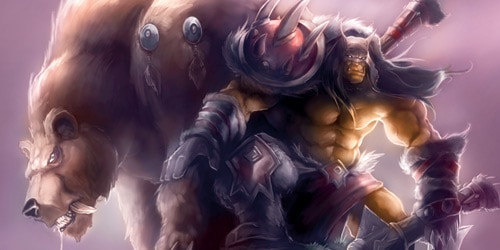 We hope you’ve enjoyed this look into Rexxar’s history and his role as a Hunter in Hearthstone. What class would you like to see featured next? Tell us in the comments below!

Read about the history of the other Heroes of Hearthstone here: Gul'dan